Nancy Ghertner is a visual artist and filmmaker working in experimental and documentary film.  Her 2011 feature documentary, After I Pick the Fruit, was screened at various film festivals and received a Documentary Achievement award at Southern Appalachian International Film Festival, as well as Honorable Mention at the International Festival for Peace, Inspiration and Equality. The film toured extensively at college, community, church and government organizational screenings. In previous related work, Nancy co-produced and was cinematographer for 330 Miles to Justice, which documented the 2003 NY Farmworker’s March from Seneca Falls to Albany. In 2019 she created a film history of the New York State Fair Labor Practices Act, which passed in 2019, giving farmworkers in NY State labor rights. Nancy is active in human rights organizations in New York State, where she advocates for Immigrant rights, Farmworker justice, and Indigenous Peoples’ rights. Voices from the Barrens was started from her research into agriculture labor across the International borders. 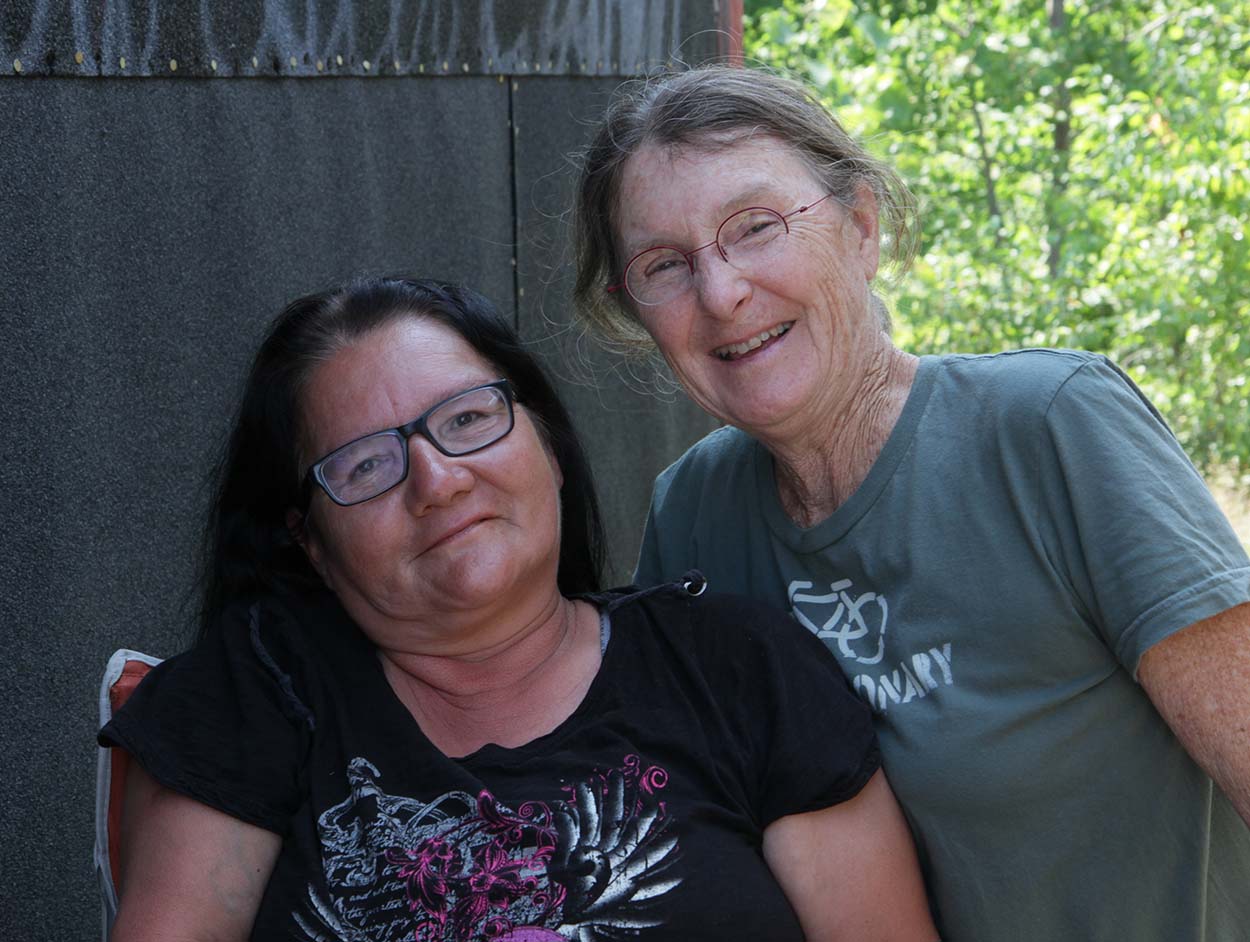 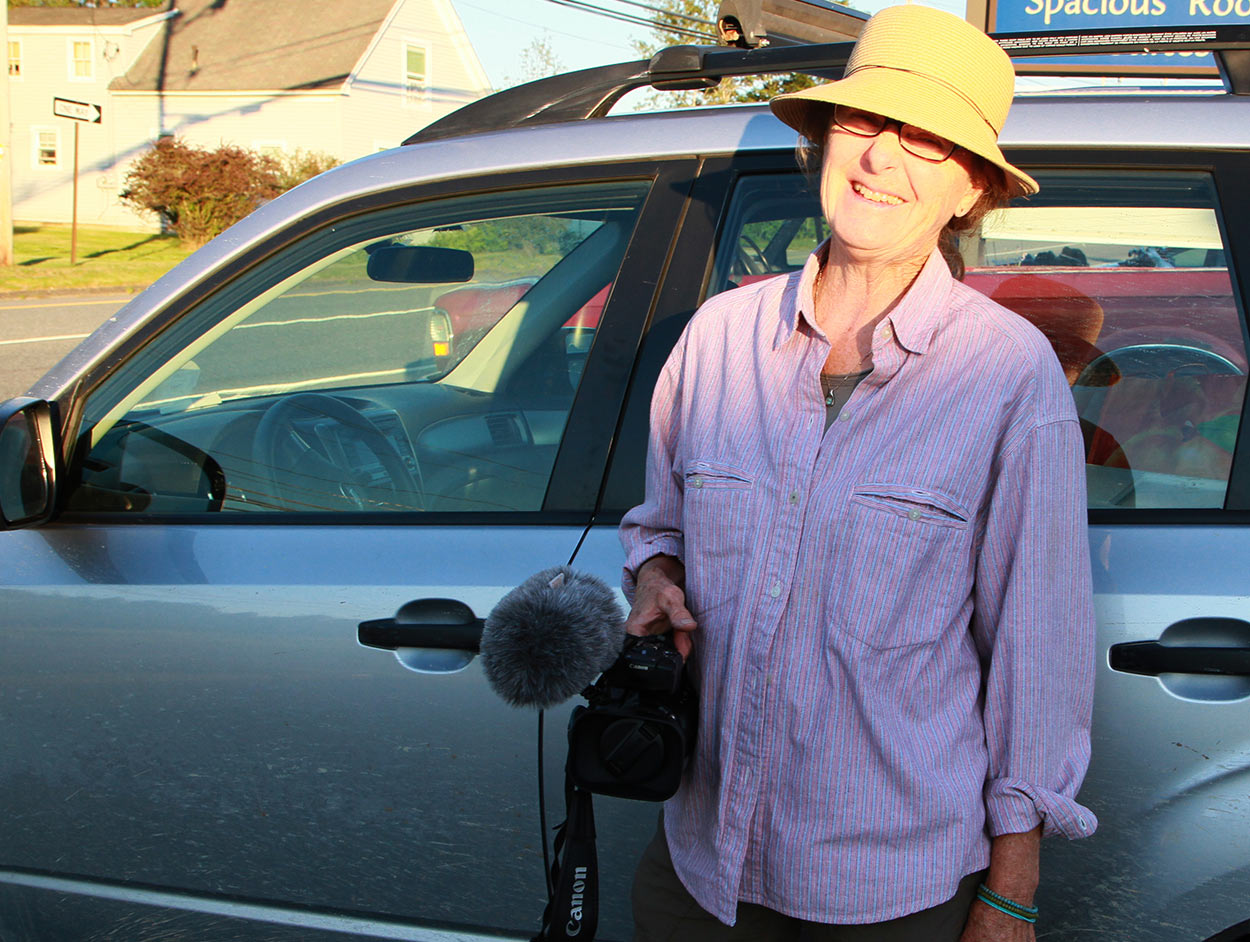 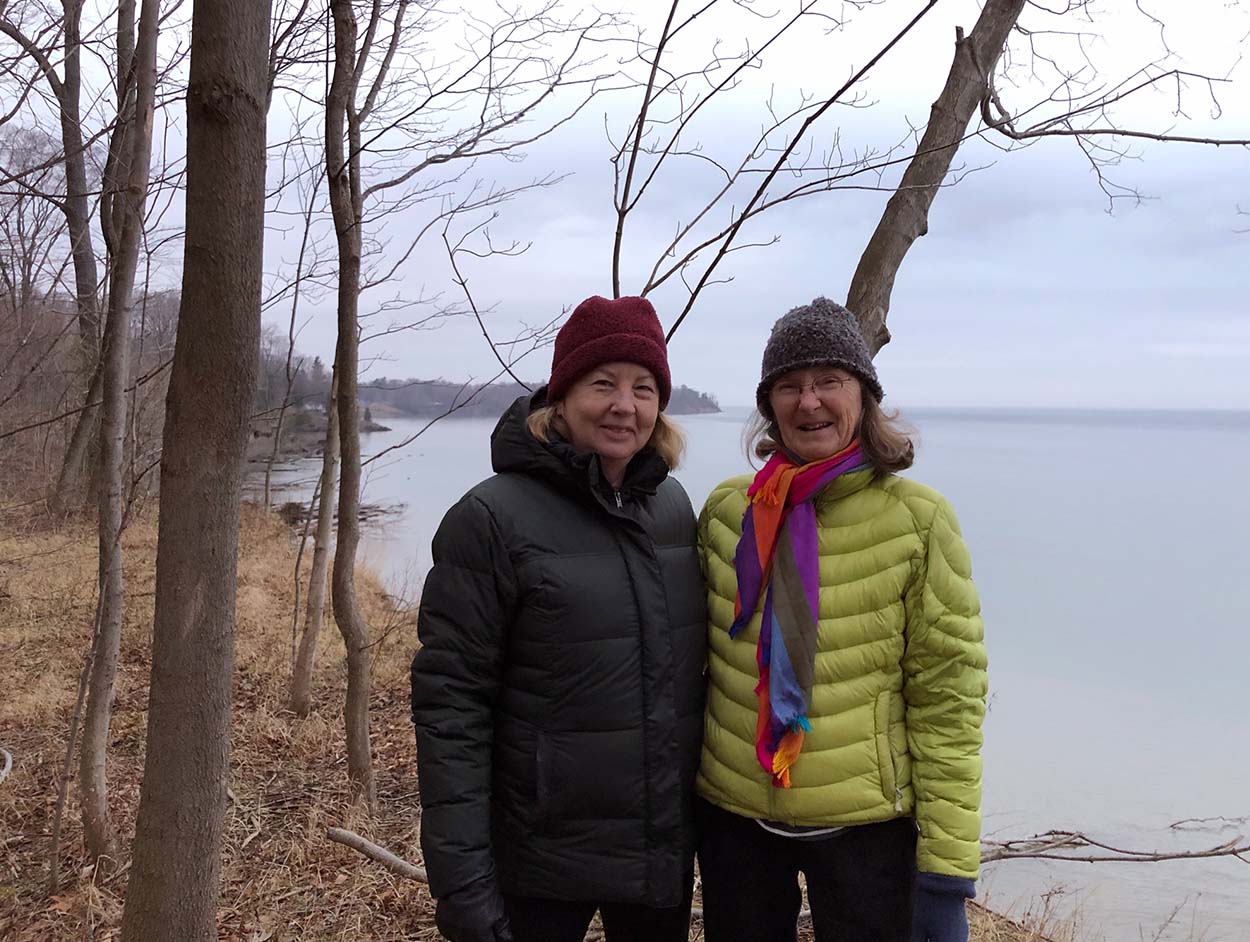 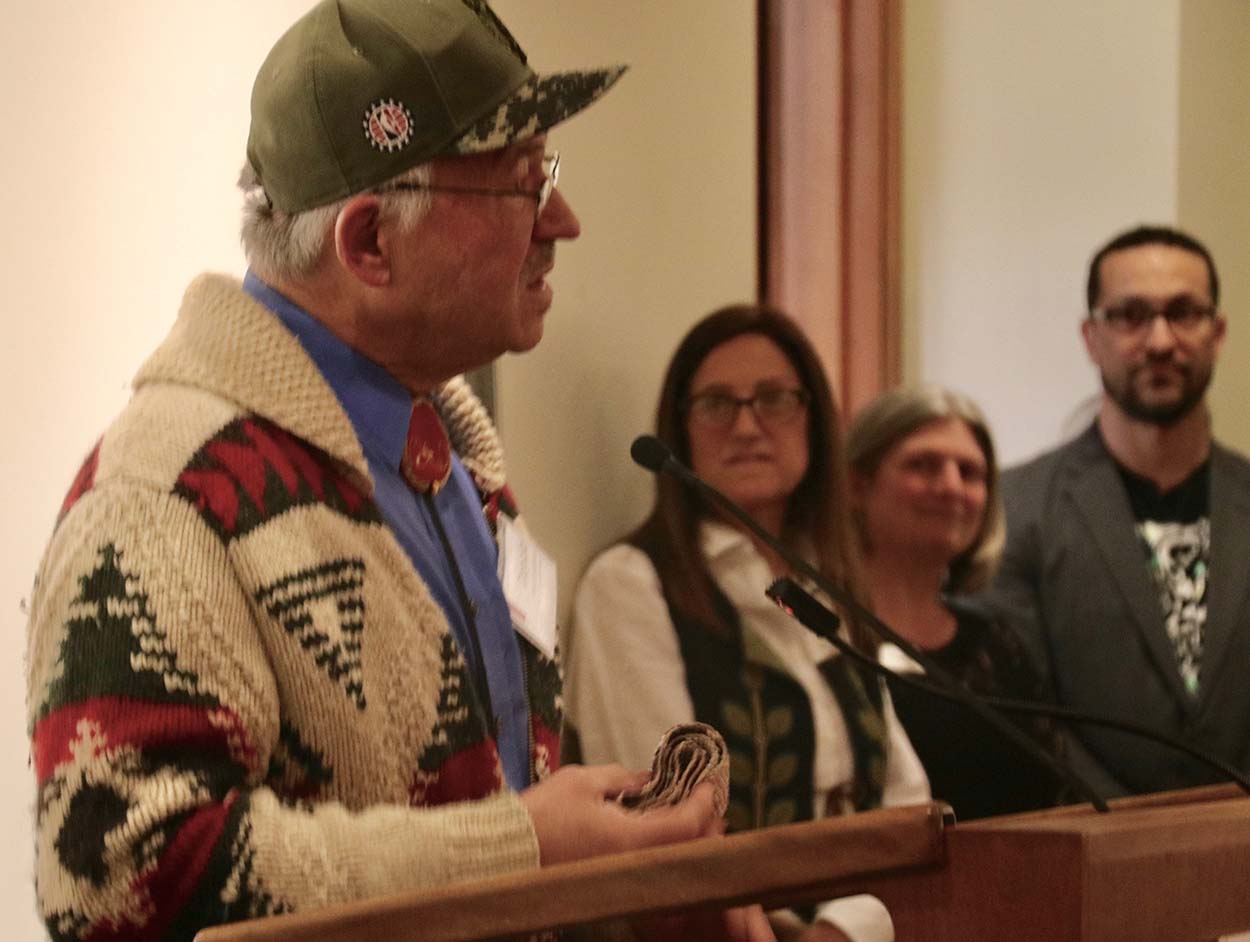 Donald Soctomah is an accomplished Native American author, filmmaker, historian and politician.  Recently he has been appointed to the advisory council for the National Endowment of Arts in Washington, D.C., Donald serves as the Passamaquoddy Historic Preservation Officer for the Passamaquoddy Tribe in eastern Maine. In this capacity he works with the Maine, United States and Canadian governments on the protection of culturally significant sites, artifacts and knowledge of his people. Books by Donald include: Remember Me: Tomah Joseph’s Gift to Franklin Roosevelt; A Visit to Our Ancestors Place; Save the Land for the Children: 1900-1850 Passamaquoddy Tribal Life and Times in Maine and New Brunswick; and Passamaquoddy at the turn of the Century, 1880-1920. He is the father of 11 children, grandfather of 20 grandchildren, and has one great grand-child.

Brian J. Francis, is experienced as a Producer, Director and writer, and has been involved in the development of an Aboriginal Television production called Eastern Tide, an anthology series based on the life and times of Atlantic Canada’s Mi’kmaq people. In production for three seasons, Eastern Tide has proven to be a much-welcomed addition to the line up on the Aboriginal Peoples Television Network. Brian also directed feature documentaries for CBC and the National Film Board of Canada – Sacred Sundance and Circle of Justice.  Brian is also the first Mi’kmaw interpreter in the Canadian House of Commons. He also is an aspiring photographer, painter and poet. 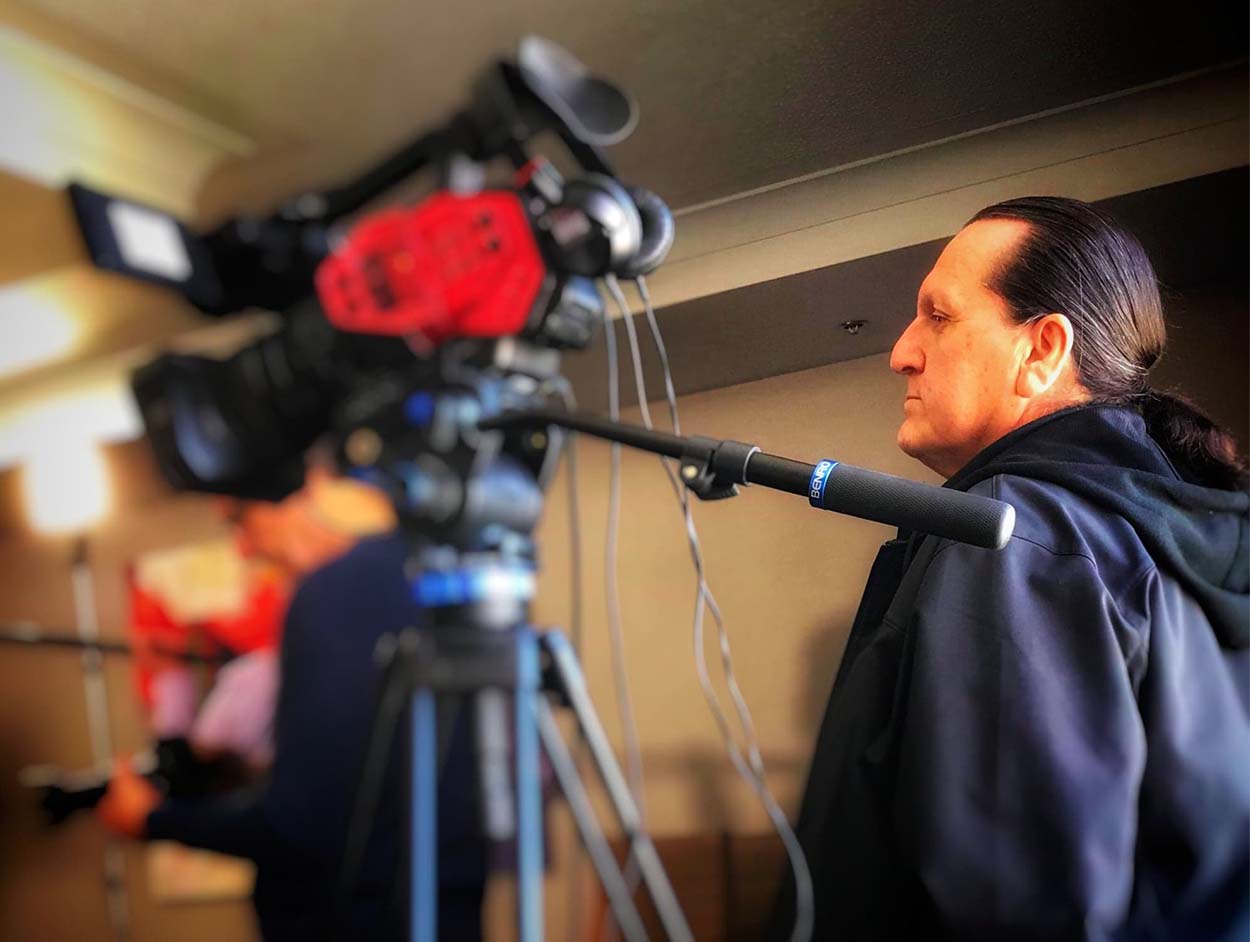 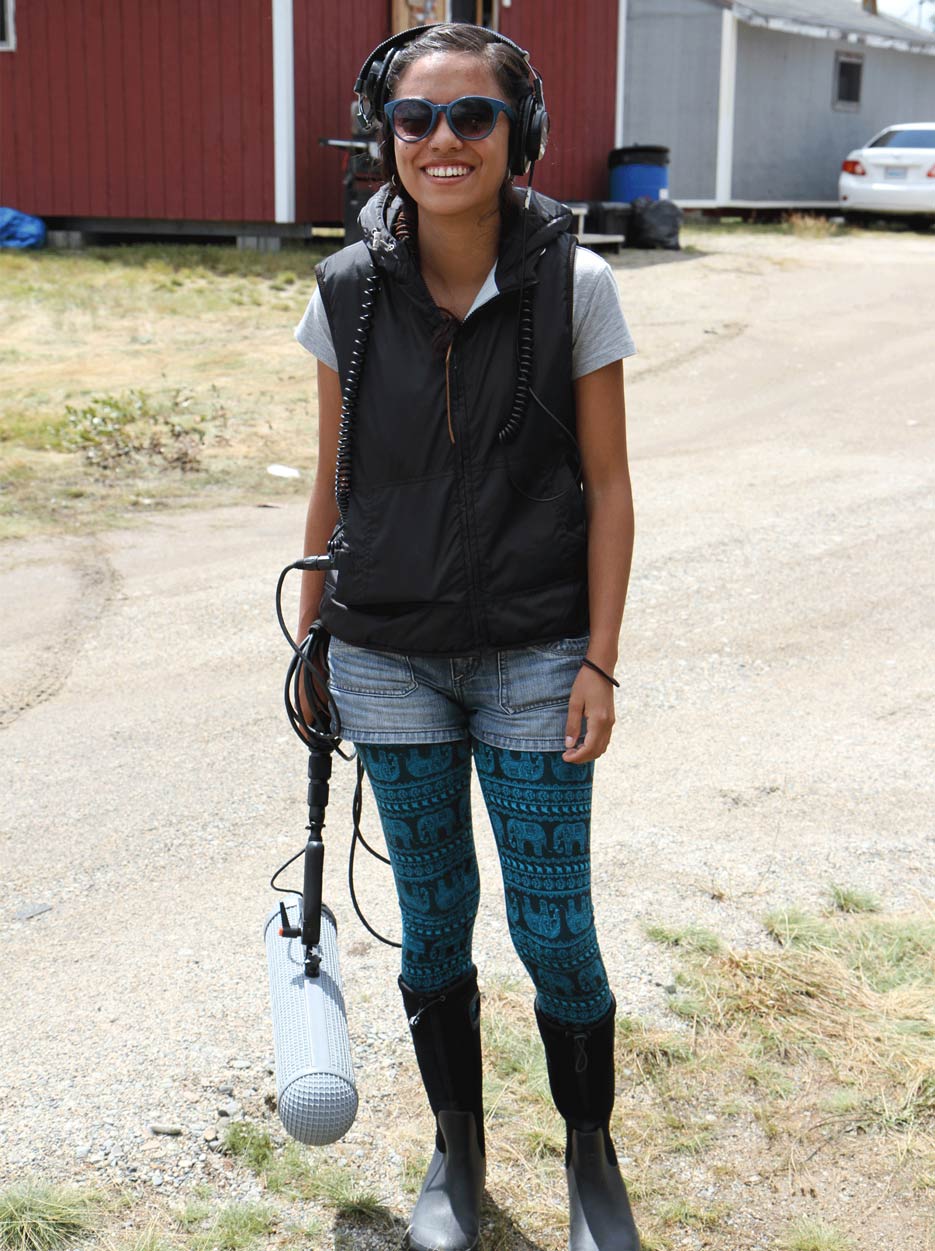 Vicky Mejia Yepes, is an audio artist, educator and musician from Bogota, Colombia. Her career in audio spans ten years as FOH sound engineer, sound mixer, sound designer and re-recording sound mixer. Her work can be heard in An Ambulance Made of Whiskey, a short film about coping with depression, which she wrote and directed; the LGBT feature film “Fair Haven”; the short film “Stari Grad”; and the PBS documentary With “INFINITE HOPE: MLK and The Civil Rights Movement” which was nominated for a Mid-south Regional Emmy. She is an Assistant Professor in the Department of Media Arts, Sciences, and Studies at Ithaca College. Vicky was also the lead vocalist of the melodic death metal band Inheritor and released the album From Dust and Passion.

Cat Ashworth has been creating video artworks, documentaries, and educational programs for over twenty-five years. Recently she directed the Iroquois Creation Story (2015), a 17- minute film that combines animation and dance to tell the ancient Haudenosaunee story of how our world came to be. The Iroquois Creation Story has won several awards including Best Animation in the 2015 Red Nation Film Festival in Los Angeles, CA. The film is on permanent installation at the Seneca Art and Cultural Center in Victor, NY. Cat Ashworth has an advanced degree in Ethnographic Filmmaking and studied with John Mohawk, a leading scholar, author, and spokesman for the Six Nations Iroquois Confederacy.  She is a Professor in the School of Film and Animation, at Rochester Institute of Technology. 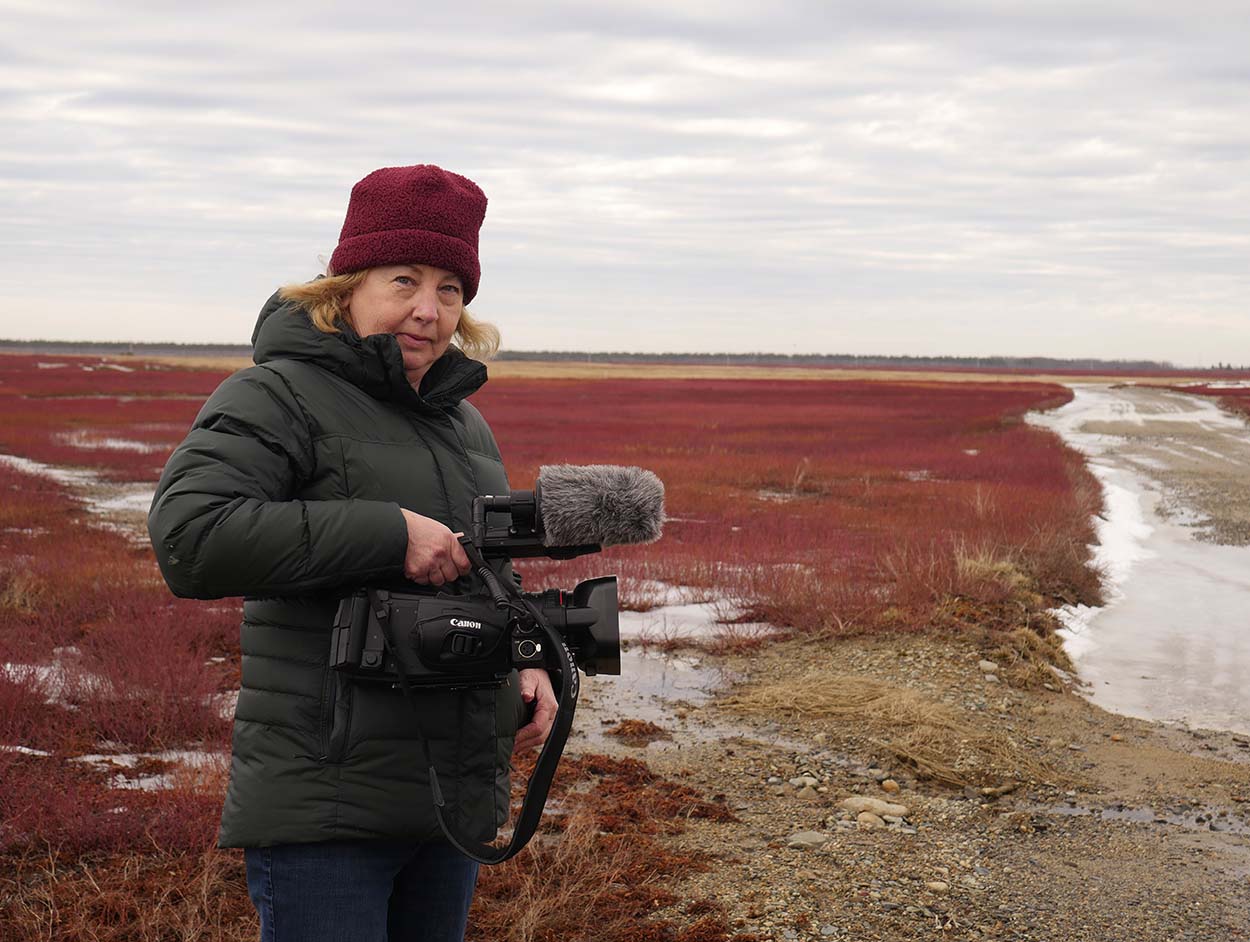 EPIC10 is a creative post-production studio space located in the heart of Rochester, NY, which caters to television and independent film productions. EPIC10 is owned and operated by Don Casper, a 2-Time NY Emmy® award winning filmmaker. Don is drawn to independent projects that shine a light on trailblazing figures that embody compassion and inclusion. He served as editor on the 2017 film The Last Dalai Lama, directed by Mickey Lemle. Don currently serves on the faculty at Rochester Institute of Technology in the School of Film and Animation.

Drew Ganyer is a Los Angeles based cinematographer who loves everything about cameras and lighting. His work in documentary, commercial and music video filmmaking has brought him around the country and the world, including to Iceland, Argentina, and the Bahamas. Drew’s previous clients include Kesha, Amazon, Disney, State Farm, and many others. 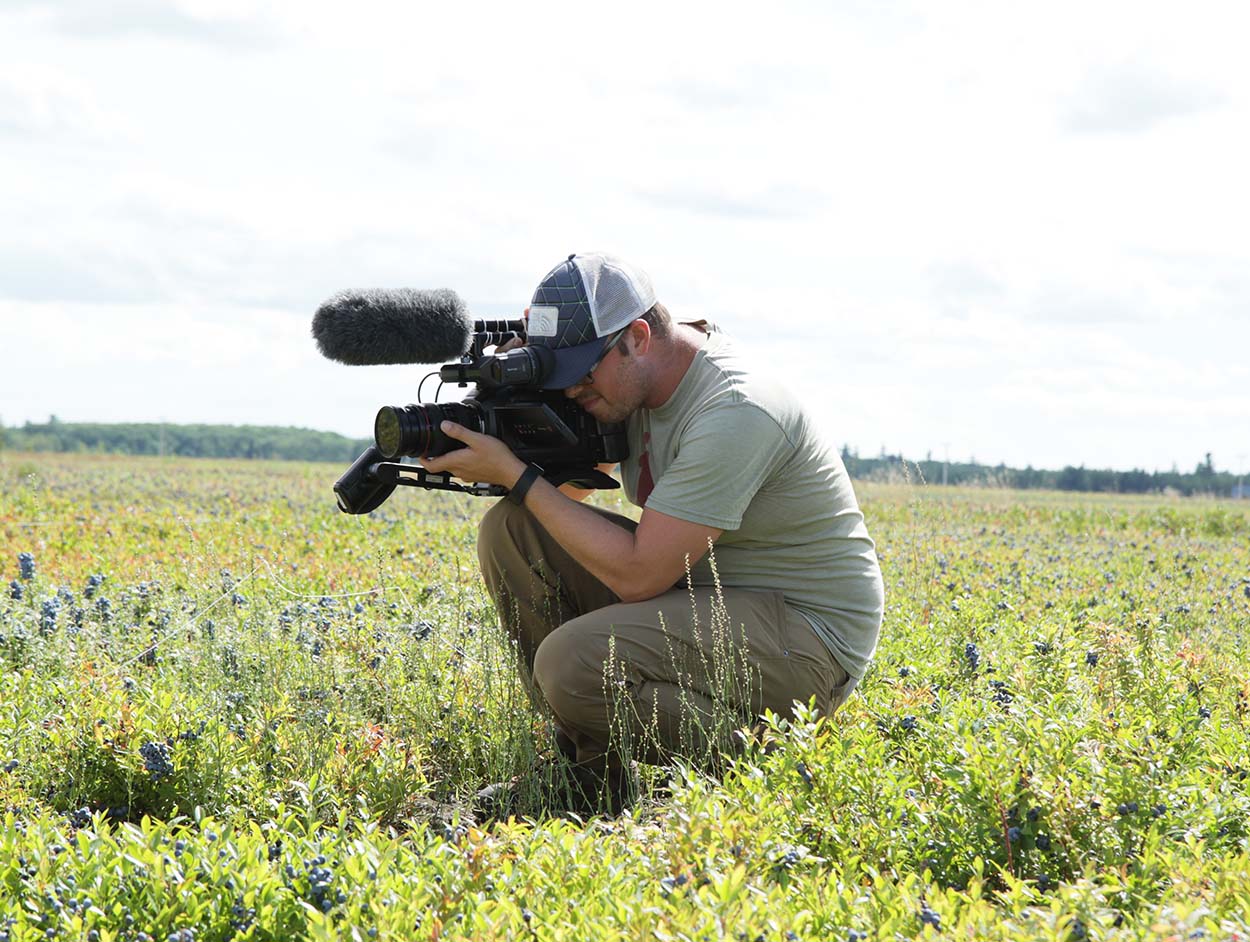 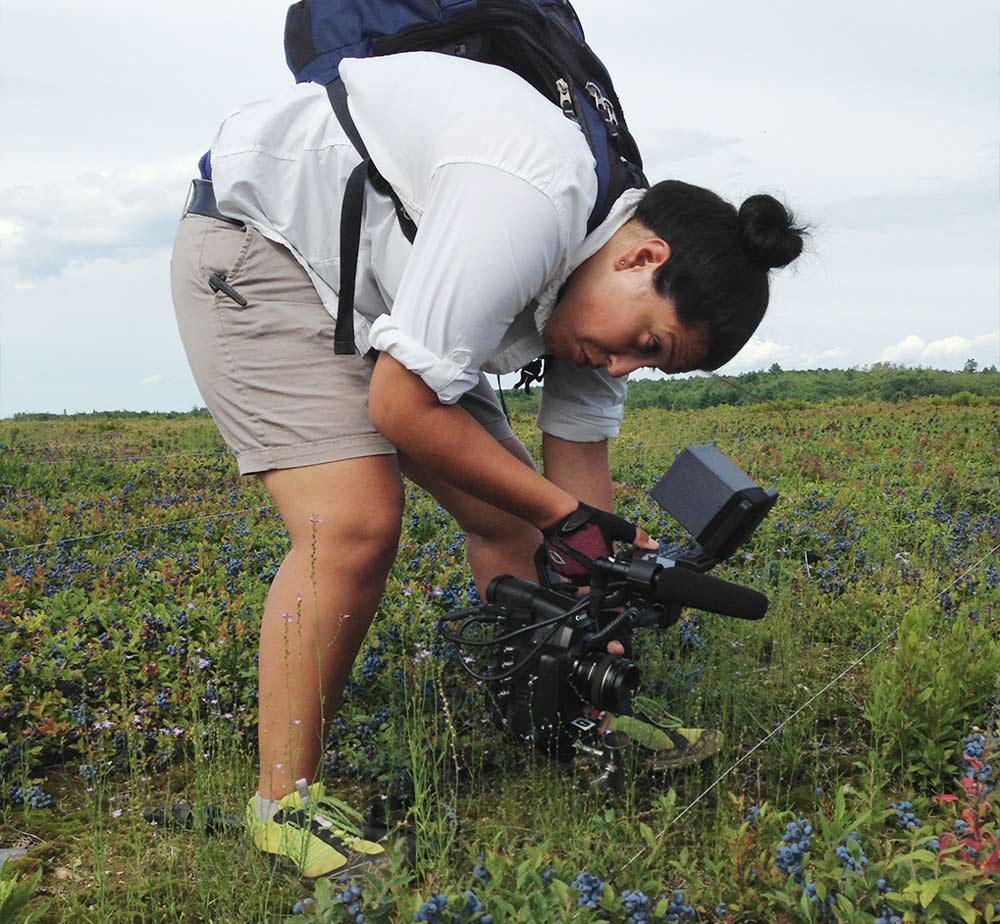 Though Vanessa Ward works mainly as a Camera Assistant in Los Angeles, she has been lucky to hop on documentary projects like Voices from the Barrens. She is drawn to the film industry because of a desire to learn from and capture the stories of others. Recently, Vanessa has worked on feature films, commercials and TV series that have aired on FX, CBS, NBC and Netflix.

Rocklyn Warren (Rocky) is a Director of Photography and owner of Nova Media based in Moncton, New Brunswick. He worked in production for over 30 years in many capacities for community stations in Nova Scotia followed by work in television series for the History Channel, Discovery Channel, and the CBC. Today, Rocky works as Director of Photography and Editor for TV shows, commercials and digital cinema productions. 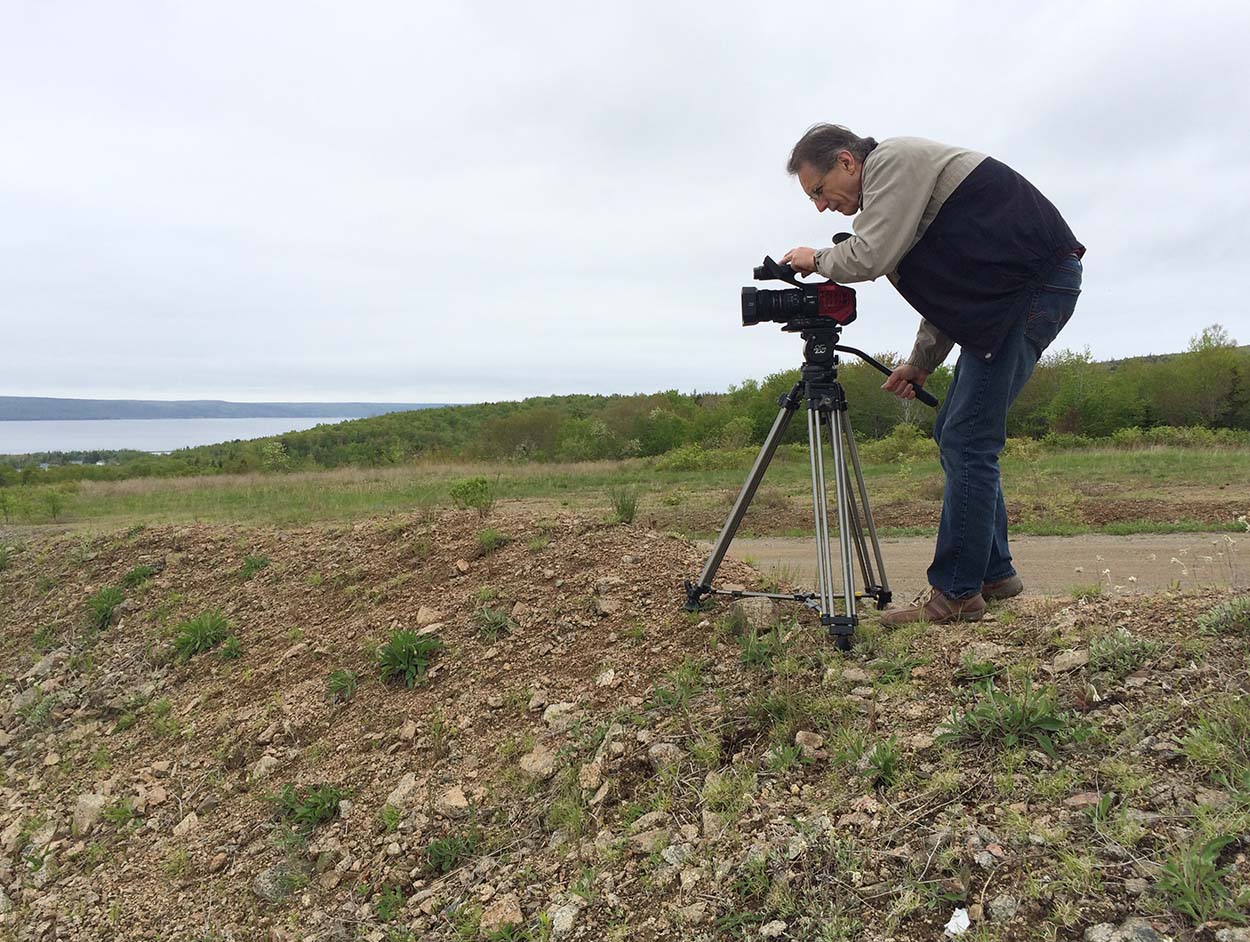 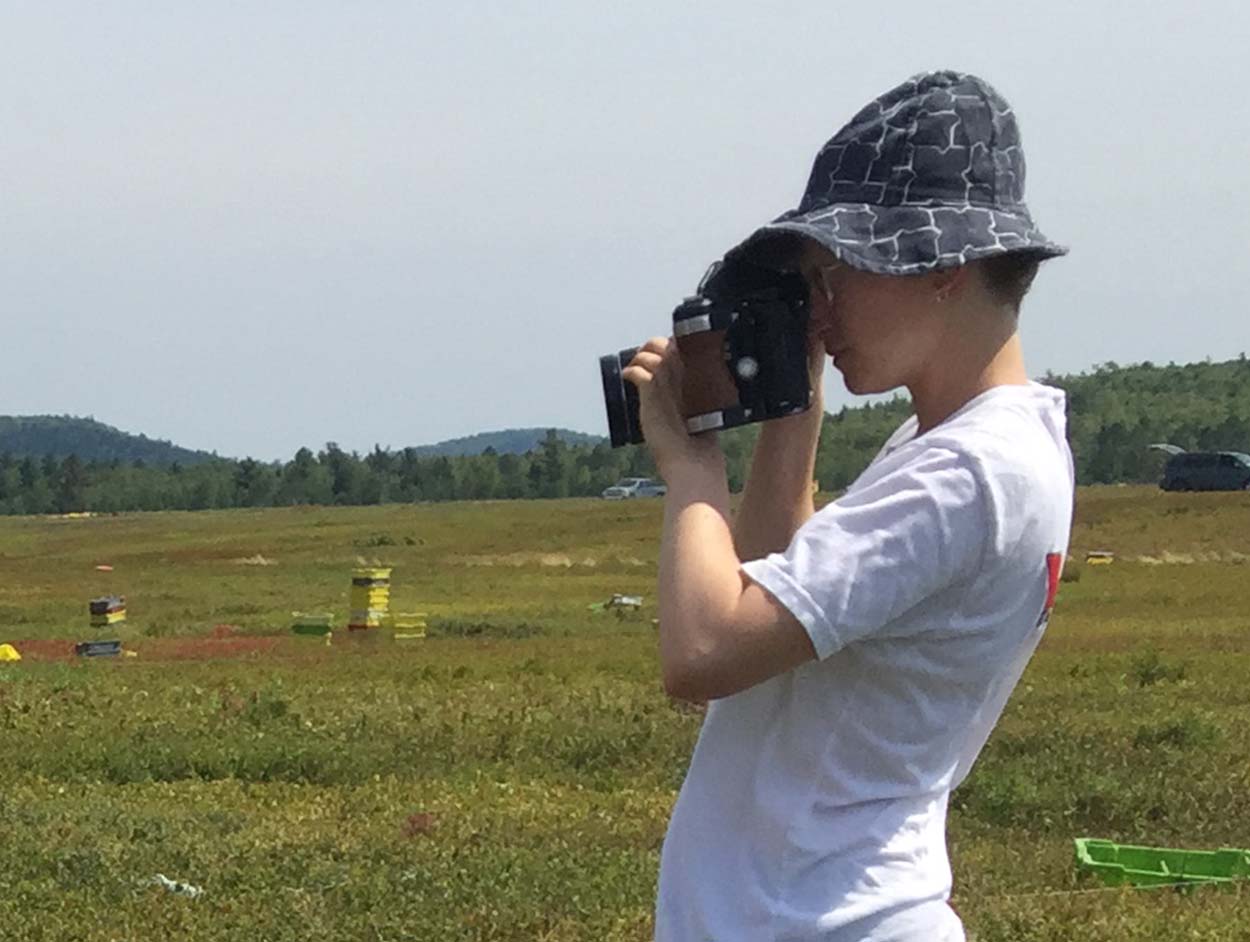 A Los Angeles based fashion and fine art photographer, Zoё Ghertner is known for her strong portrayal of women in a naturalistic style. Zoë’s work regularly resides on the pages of Vogue Magazine. She was thrilled to collaborate on Voices From the Barrens, a special project for her, to work along side her mother creating portraits of the Wabanaki for the film.